9th round predictions for Super Netball.

Predictions for the 9th round are given in the table below. The priors for these distributions are based on the final abilities from last season and the results from rounds 1–8. However, given the Super Shot, it’ll take a little while for the model to adapt to the adjusted goals. 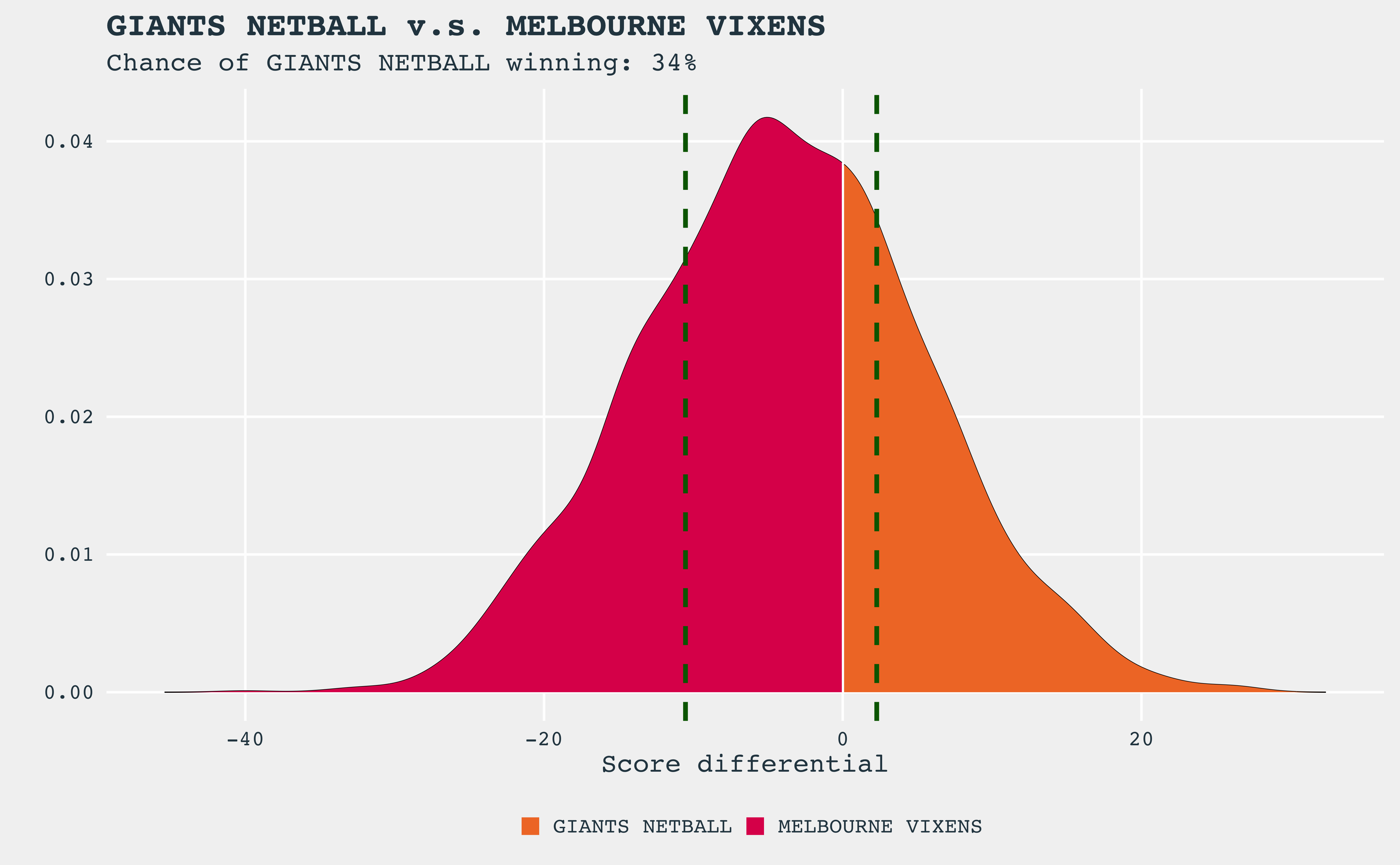 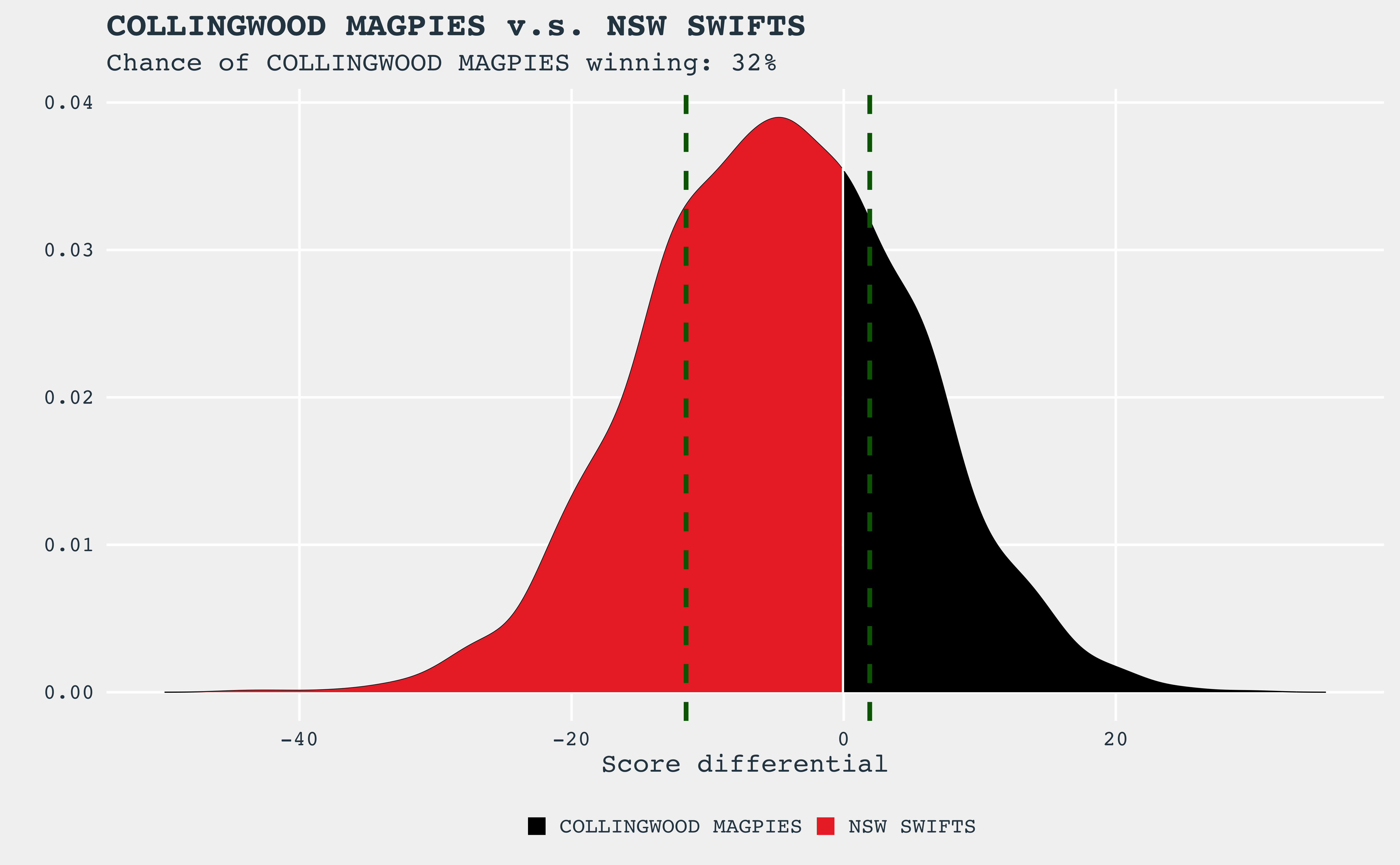 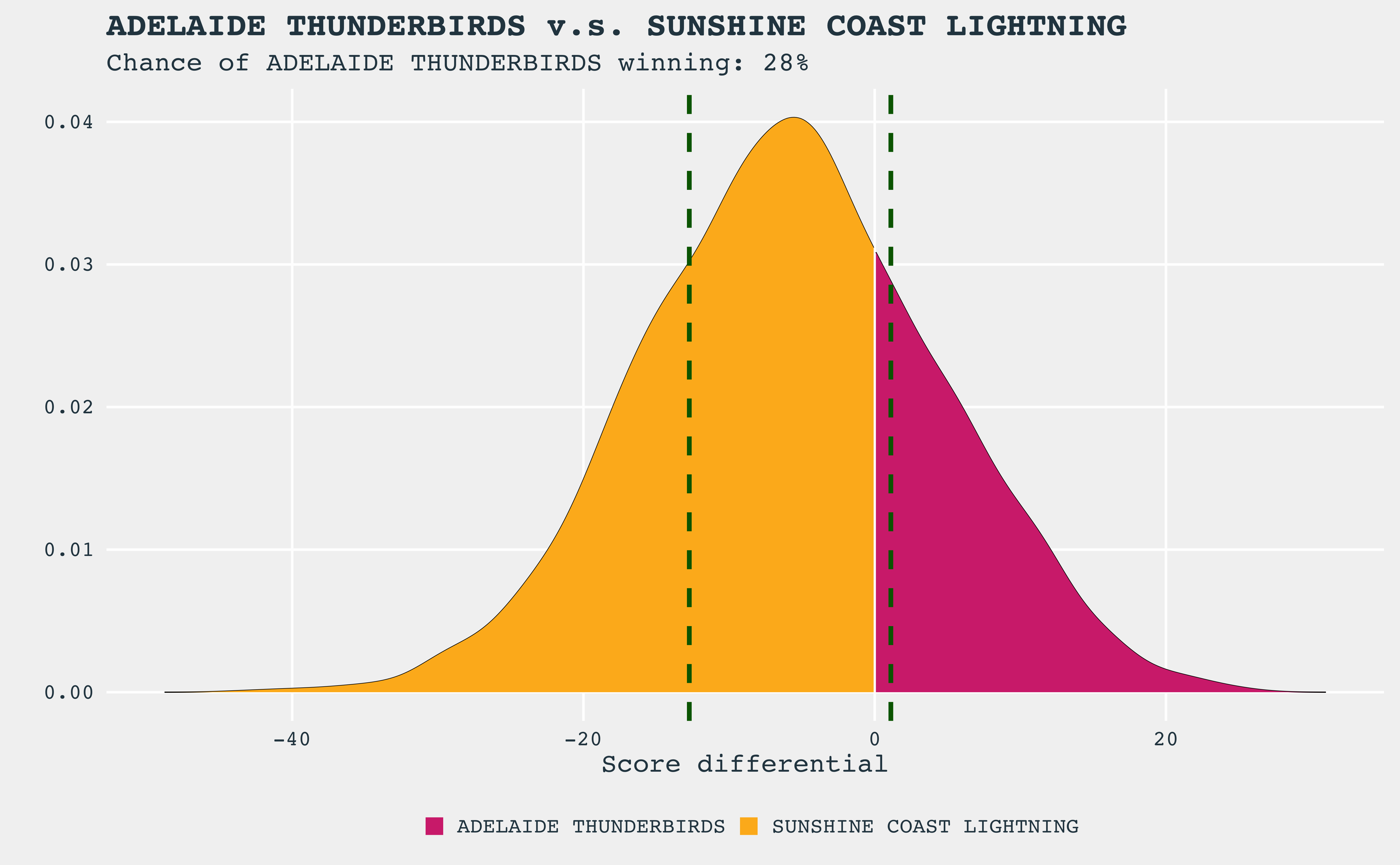 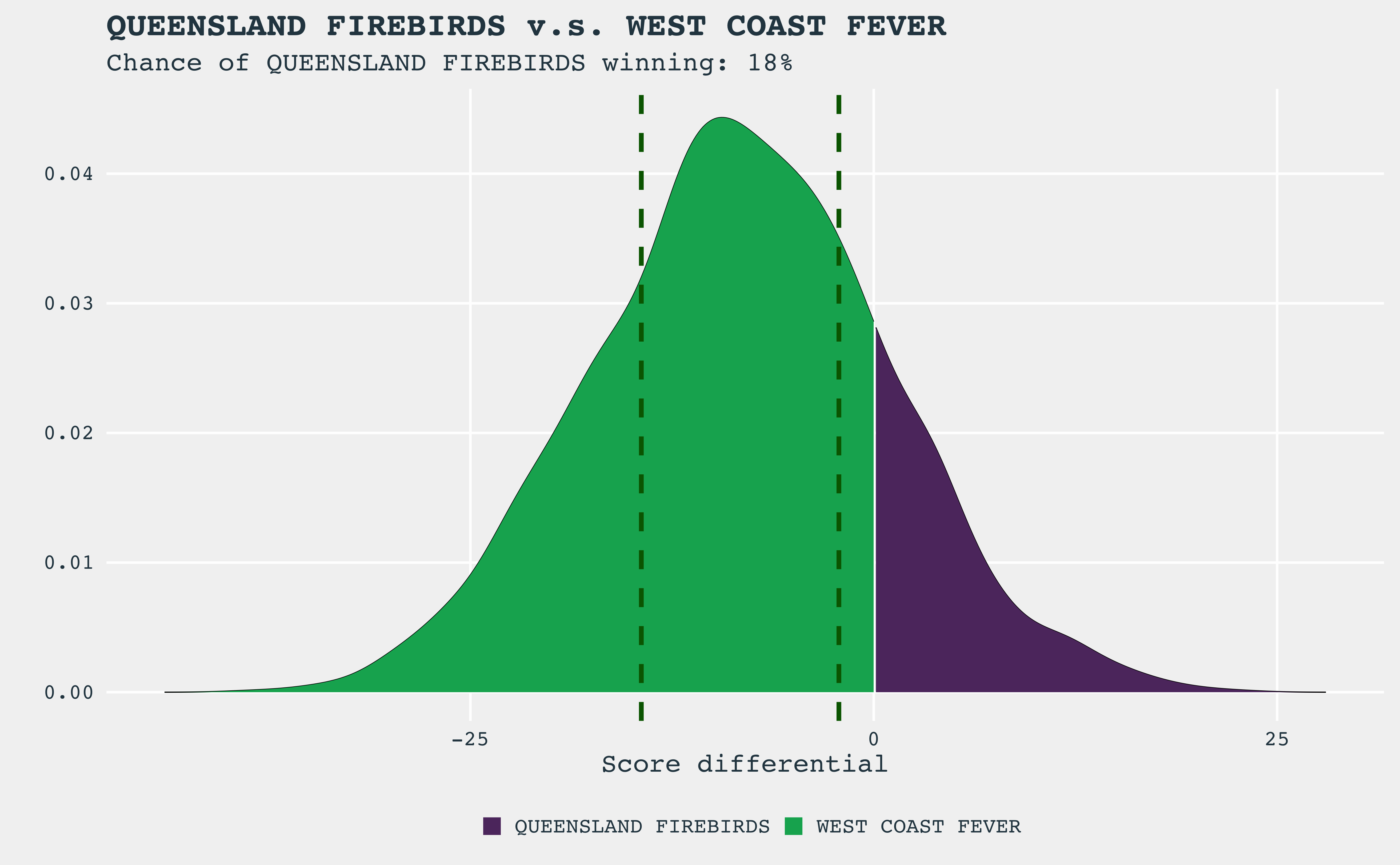 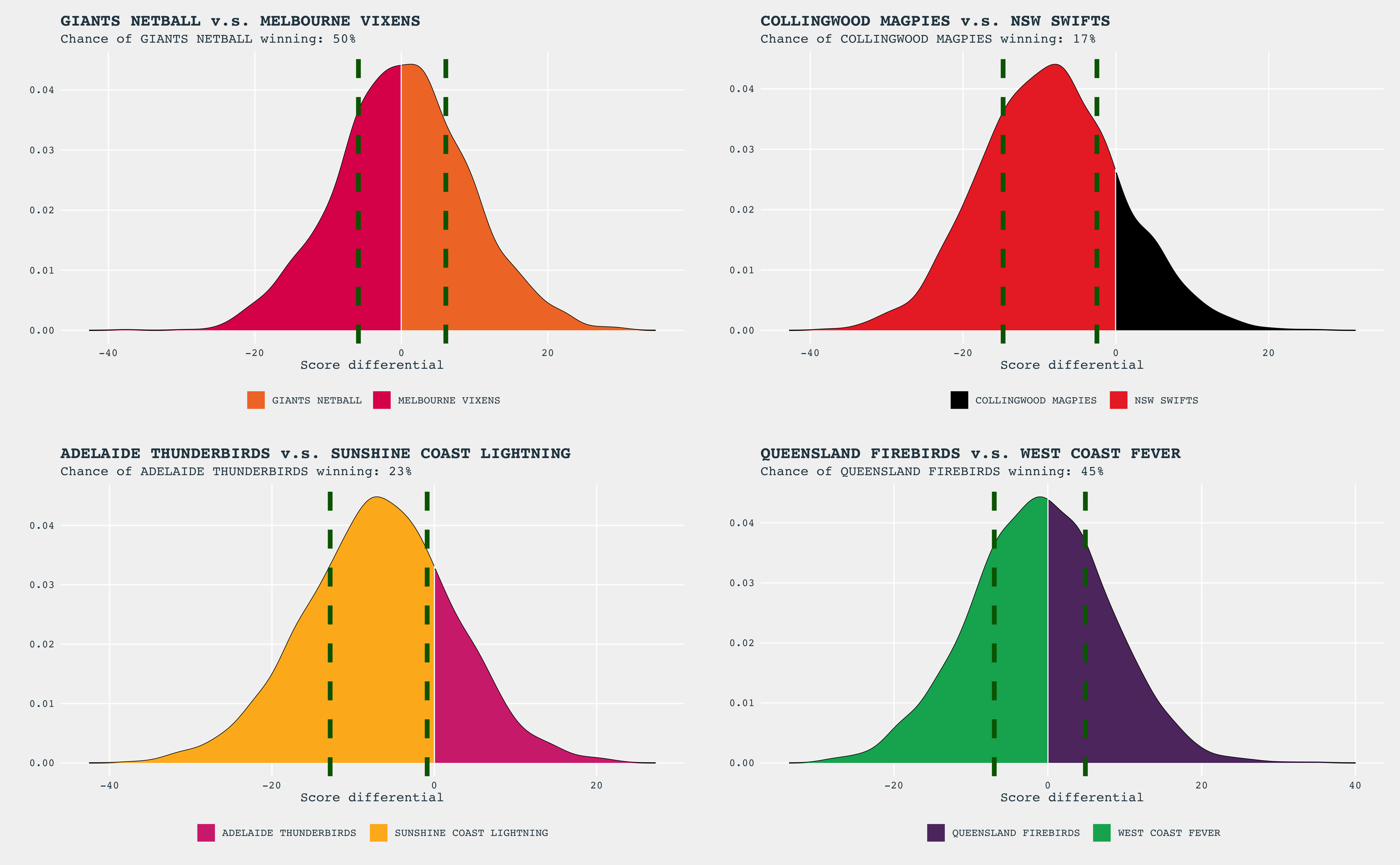 In this section we look at how the model estimates team ability from the previous round, as well as model performance. 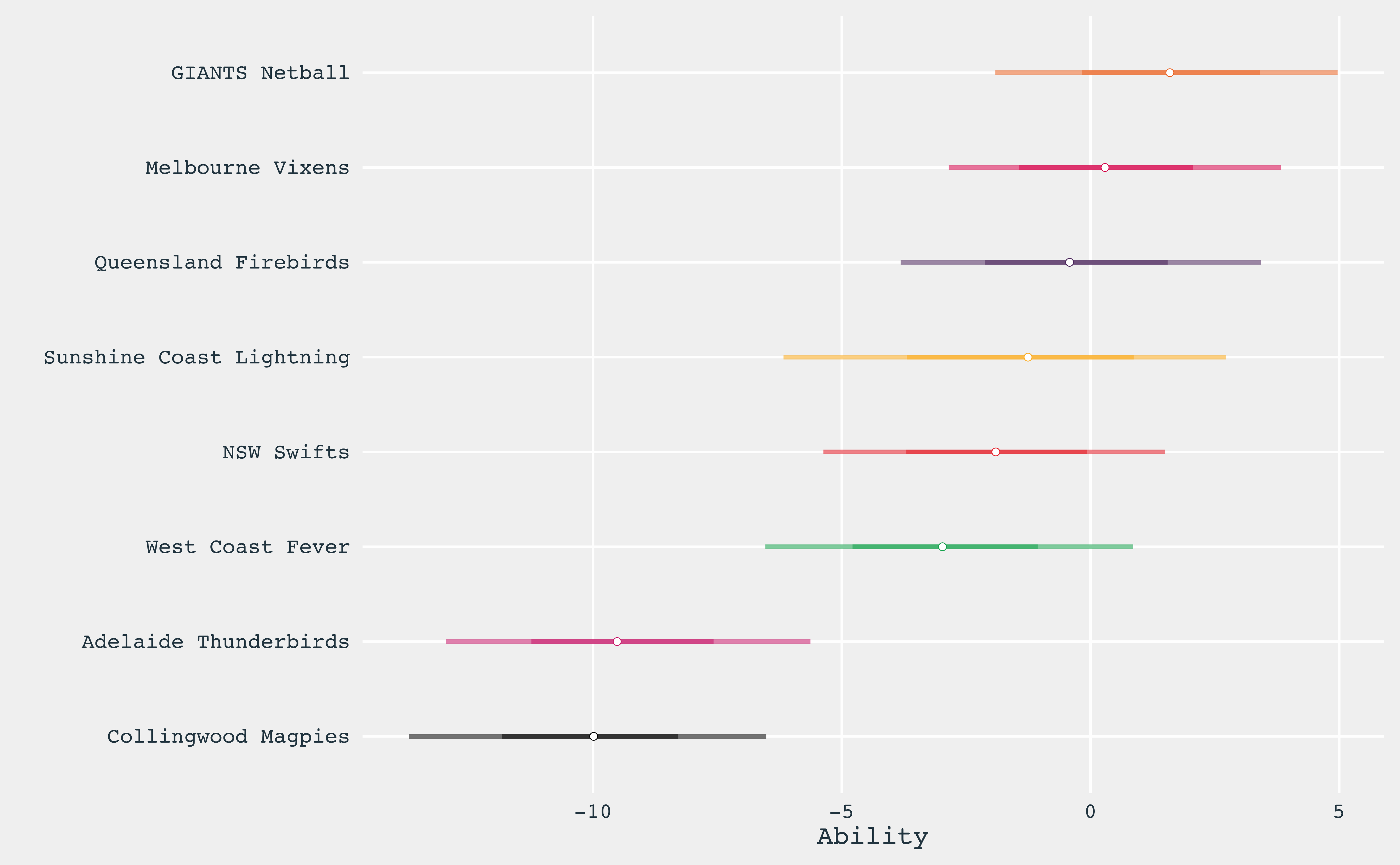 The figure below shows how team ability has evolved over the season to date. 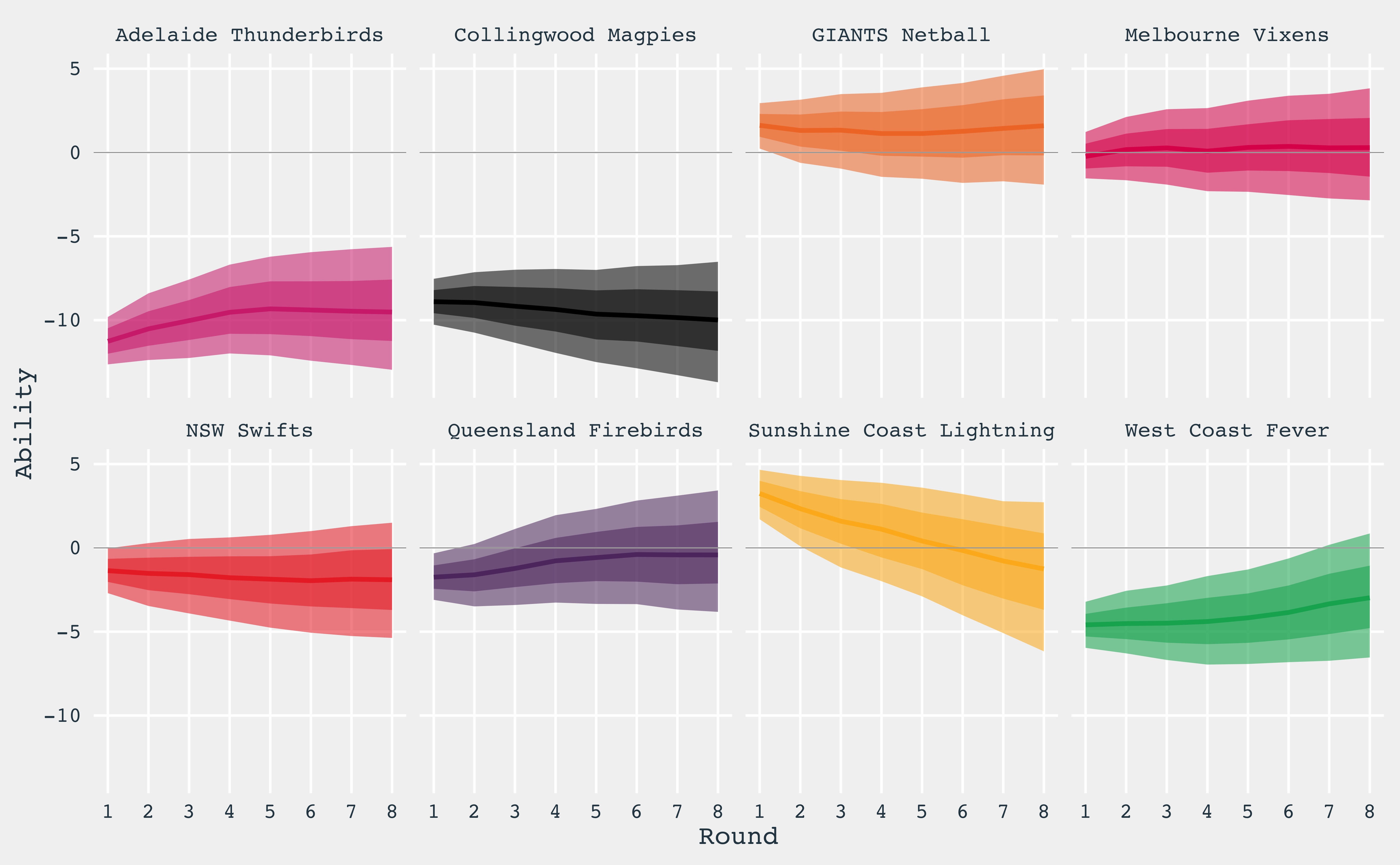 The following figure shows the results (score difference of the home team) in round 8 (blue vertical line) against the predictions from the model. 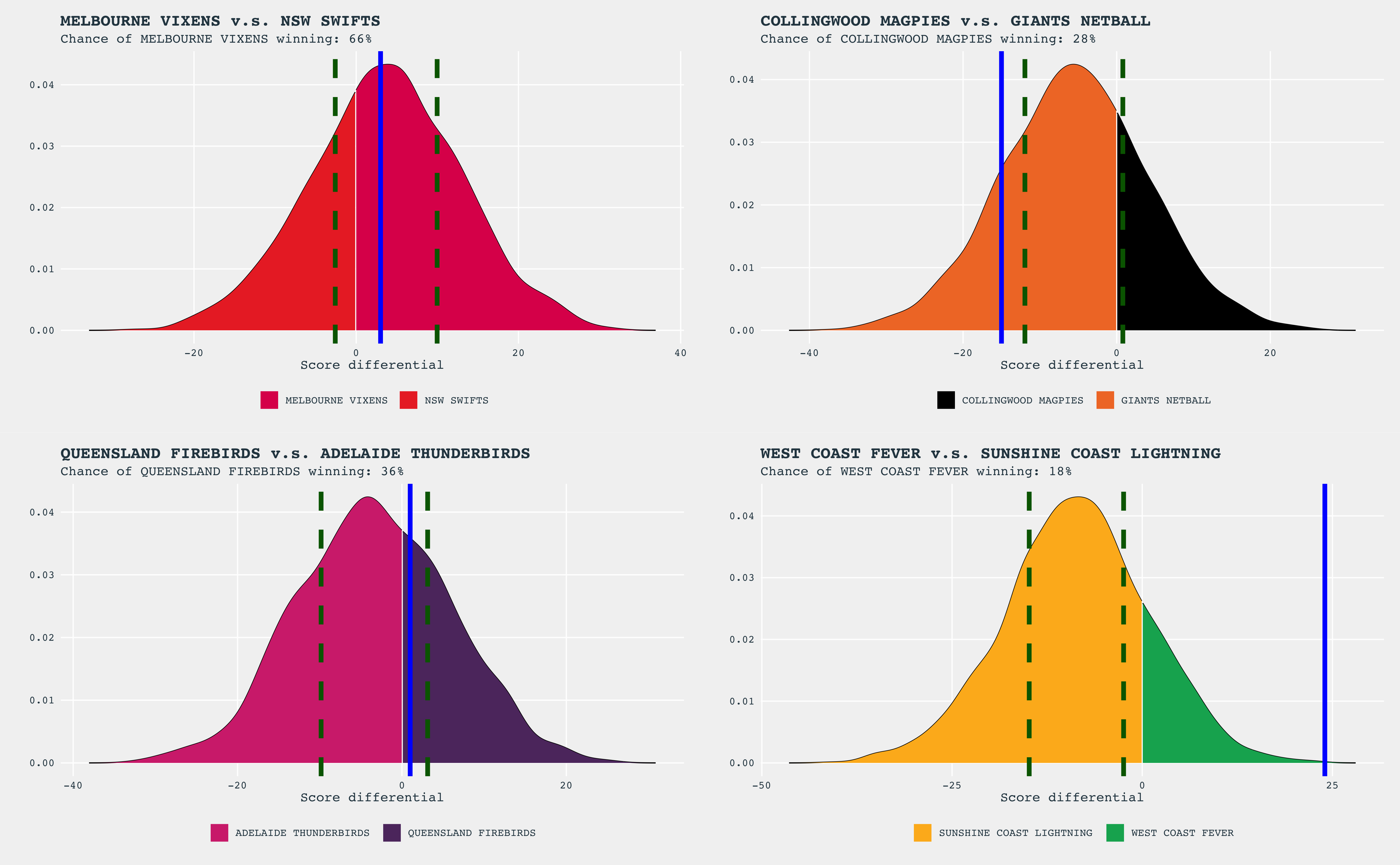 The mean average prediction error for the model over the rounds to date is 12.15. The results are shown below, with the MAPE for each game.